Bras Across the “CAUSE”way is a fundraising event benefiting Providence Hospital Breast Cancer Outreach Fund. Emulous Creative was brought on to create a commercial to fill the PSA slot provided for the event. Overall, we wanted to create something that was fun but did not downplay the event. The challenge arose from the lack of assets to create the commercial.

Bras Across the “CAUSE”way had no video to create a commercial from, but they did have photos from the previous run. I created some custom-made illustrations to serve as the background, and animated runners along the path. The runners acted as a guide, taking the viewer from the right to left as event photos popped up on the screen. The entire project was edited to include as much information as possible, and the voice over and music brought light and playful tones to the spot. The commercial races on screen for 15-seconds, as we give details about the run to the audience. The call to action would lead them back to the Facebook page where we would also have the video running as ads. This double dipping of the video would maximize the reach without consuming the budget. 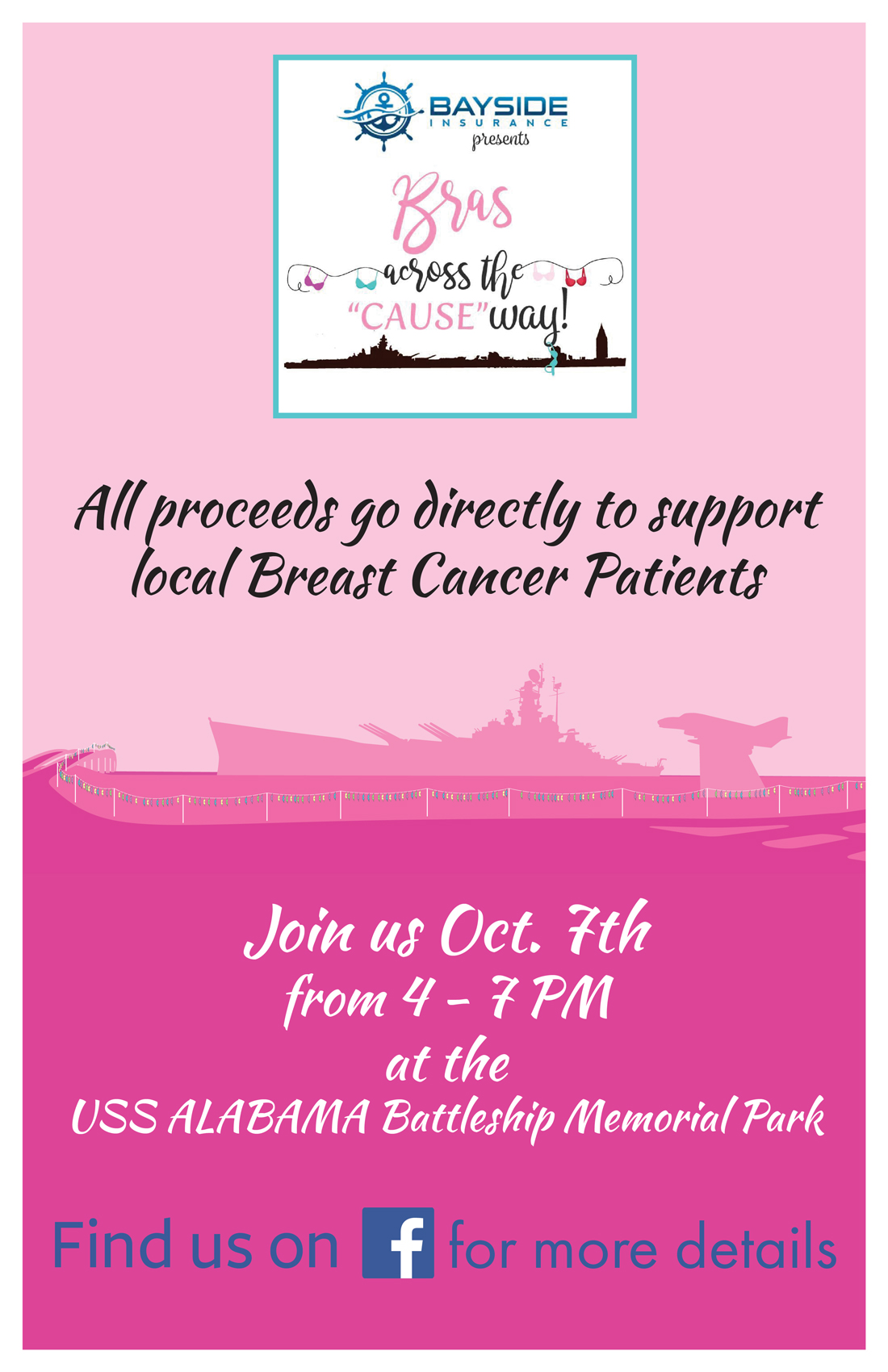 While designing the illustrations for the commercial, we realized we could also create a poster for the event. The layout was practically created from the commercial, all that was needed was text and to extend the art to fit a full poster. Having a print piece would provide Bras Across the “CAUSE”way the opportunity to tap into outdoor advertising by hanging the poster in local businesses to raise awareness of the upcoming event. The poster carried on the visual branding created in the commercial, which would allow the branding to speak. Being a digitally designed poster, we could also resize the design to create some social posts reminding users about important dates relating to the event itself.